How women have led media innovation and resilience in Covid-19 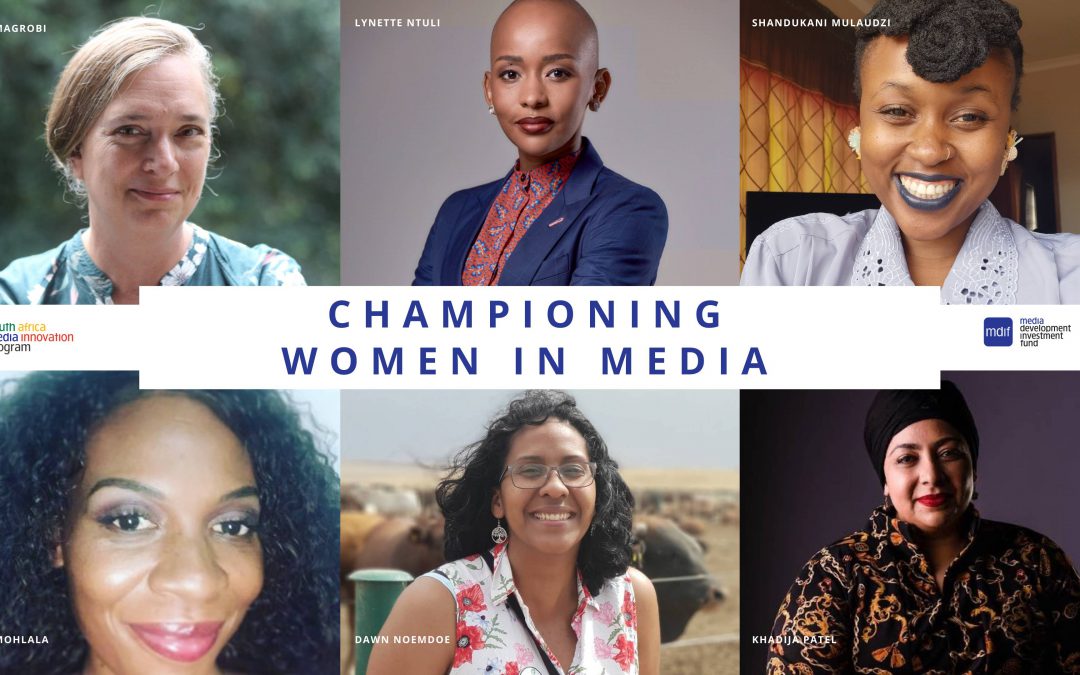 The theme of this year’s International Women’s Day is “Women in leadership: Achieving an equal future in a COVID-19 world.” Looking at how the pandemic has disrupted media industries across the world, there are worrying signs that the impact has been greatest on women. But there are also encouraging signs of resilience and innovation in how newsrooms have responded to Covid-related challenges, often led by women in media.

These themes loomed large in a panel discussion hosted last year for women in small media organisations on their experiences in the pandemic.

In marking International Women’s Day, we draw together some of the insights from that discussion. More of the discussion is available as a podcast:

Carol Mohlala, former director of the Association of Independent Publishers, says the pandemic hit independent publishers especially hard – and women most of all.

The personal impacts of the pandemic hit harder than expected, and she decided to step down from her position. She is now rebuilding, regrouping and reimagining how to innovate and provide information to the communities. She aims to still assist community media to recover from the unfortunate repercussions of the pandemic.

“We are in discussions now on how we can look forward to the new way of doing things and how we can survive this storm.”

Quote this Women+ is a non-profit focused on closing the media gender gap by building a community of women+ experts and analysts, to help newsrooms diversify their coverage.

The onset of the pandemic in March 2020 forced the organisation to adapt and act fast.

“We managed to find eight woman who could speak on various aspects of Covid-19,” says QW+ founder Kathy Magrobi. That database of scientists and public health experts was circulated through the Association of Foreign Correspondents in South Africa, and the South African National Editors’ Forum.

News quickly spread and those eight experts were inundated with requests for interviews. In a matter of months, their database grew to over 100 women+ experts on Covid-19. In its efforts to level the playing fields, one of the organisation’s premises is that they do not charge their experts for speaking or the media for using them.

“We didn’t make money at all in that first quarter and we worked so hard and we have almost no staff. So it was at a great cost,” says Kathy.

But she feels that closing the gender gap in Covid-19 news is a vital part of ensuring that societies respond to the pandemic in inclusive ways. “It is what keeps me up at night,” she says.

“In South Africa, it comes out consistently that a woman is just quoted once for every four times that a man is used as a male source. So really pushing for more women sources to be quoted in the news and for that unconscious bias that comes through in reporting,” says Kathy.

Shifting the focus to women’s stories

Dawn Noemdoe, editor of agri news publisher Food for Mzansi, says the publication’s digital focus helped it grow its audience during South Africa’s lockdown. As an advocate of women’s stories, she says one of the positive outcomes of the pandemic is that it highlighted the role of women in agriculture in regrowing the country during this difficult period.

“We started seeing more women in the beginning of the lockdown starting their own community gardens and producing their own food. We’ve really tried to celebrate them during this time,” she says.

“These voices weren’t previously heard before. They were especially bypassed by some of our competitors in the industry,” says Dawn. “And I honestly believe that our future farmer in this country is female.”

Food for Mzansi has started a citizen journalism programme that hopes to encourage people within rural communities to tell their own stories about agriculture, especially women.

“We can sort of change the conversation and the narrative around, who in our country feeds us. Over and above, it’s black women and black people that are feeding us in this country and we should start changing that narrative and putting more of that news out there,” she says.

Although each woman had to pivot in these uncertain times, one thing that united them is their vision to continue to champion women in media. As media organisations face the challenges ahead, this vision will be ever more important.

The full discussion is available as a podcast:

It features Khadija Patel, co-founder of The Daily Vox, Shandukani Mulaudzi, then Contributing Producer at the Children’s Radio Foundation, Kathy Magrobi of Quote this Women+, and Dawn Noemdoe of Food for Mzansi, with entrepreneur Lynette Ntuli moderating.

The audio was produced by Tinzwe Media.