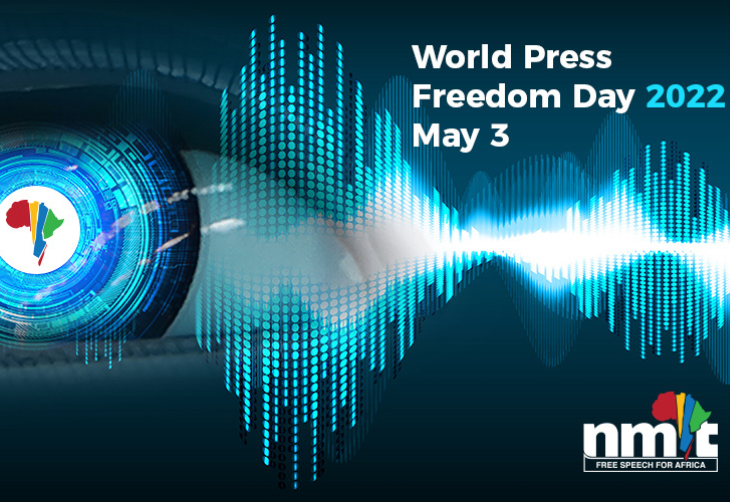 World Press Freedom Day was proclaimed by the UN General Assembly in December 1993. Every year, a specific theme is chosen for World Press Day, and this year’s theme is “Journalism under digital siege”. This year’s theme not only highlights the ways that endanger journalism but also the consequences of public trust in digital communications. In this edition of our updates, we bring you what our participants got up to in celebration and commemoration of #WPFD2022.

Director of Namibia Media Trust, Zoe Titus, delivered a welcoming speech sharing her views in line with the WPFD2022 theme during the podcast stating that “Journalists are at the receiving end of a great deal of criticism, threats, and abuses and are rarely celebrated for the critical work that they do in the service of our democracy.” Click here to listen to the podcast.

Lesotho news outlet, Newsday Media has received an award from MISA-Lesotho at the closing ceremony of the organisation’s World Press Freedom Day events. The newspaper, particularly its digital version, was recognised with a certificate of recognition of excellence in promoting free expression and access to information.

Storytelling agency Hashtag Our Stories on World Press Freedom Day asked social media followers “What does Press Freedom mean to you?”, providing a platform for people to express themselves on what their views on Press Freedom are in the digital era. Co-founder, Yusuf Omar, an award-winning journalist with a passion for helping people tell their stories had this to answer – “Journalism is not a crime, and journalists shouldn’t fear for their lives!”.

“Journalism is not a crime, and journalists shouldn’t fear for their lives!”
On #WorldPressFreedomDay, we ask you, ‘What Does Press Freedom Mean To You?’
Use this lens and tag us in your response 👉🏽 https://t.co/yG7ZKAoXUw

As part of World Press Freedom Day, Media Development Investment Fund published an article about the different types of digital attacks being used to suppress Press Freedom and silence independent media around the world. The article unpacks the daunting range of challenges faced by Media Freedom, from censorship and jailings to physical assaults and murder.

#Journalism is under digital siege! As part of #WorldPressFreedomDay, learn about the types of digital attacks being used more and more to suppress #PressFreedom and silence independent #media around the world. https://t.co/GCrnElphVR #WPFD2022 pic.twitter.com/IANIWgaaKF