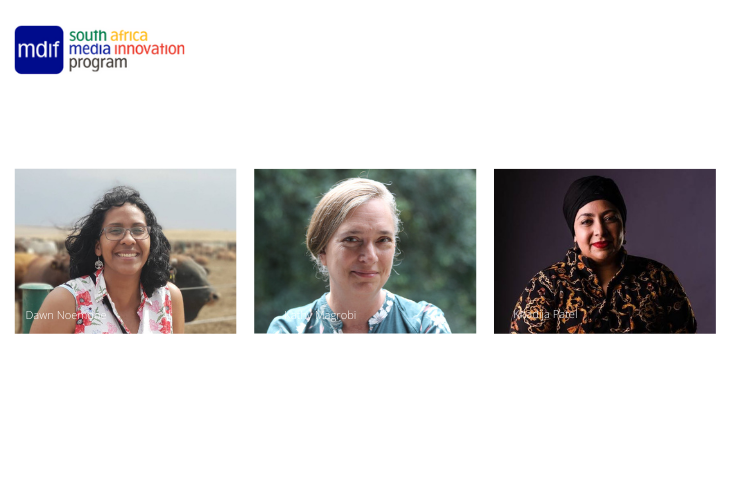 South Africa celebrates National Women’s Day annually on the 9th of August in commemoration of the day on which approximately 20 000 women marched to the Union Buildings in protest against the extension of pass laws to women.

South Africa Media Innovation Program (SAMIP) has always supported the inclusion and growth of women in media. Last year, in celebration of women’s day, the program hosted a discussion with leaders in various sectors of the industry to share experiences and insights. One such discussion focused on “Championing Women in Media”. The discussion focused on the journeys, challenges, and advances of women within the South African media sector.

The theme for National Women’s Day this year is “Generation Equality: Realizing Women’s Rights for an Equal Future”. This women’s month, SAMIP will be celebrating women in media who are playing a significant role in closing the media gender gap. SAMIP will be profiling women within our cohort who are representing the voices and narratives of women in the media space through their hard work and dedication to their respective organisations and to the program.

Here are some of the phenomenal women who are making a mark in media:

Food for Mzansi is an agricultural initiative that aims to introduce South Africa to the unsung heroes of the agricultural industry, and among those are women that are excelling in the male-dominated industry. “We started seeing more women at the beginning of the lockdown starting their own community gardens and producing their own food. We’ve really tried to celebrate them during this time,” says Dawn.

“These voices weren’t previously heard before. They were especially bypassed by some of our competitors in the industry,” says Dawn. “And I honestly believe that our future farmer in this country is female.”

Quote This Women+ is a non-profit focused on closing the media gender gap by building a community of women+ experts and analysts. “In South Africa, it comes out consistently that a woman is just quoted once for every four times that a man is used as a male source. So really pushing for more women sources to be quoted in the news and for that unconscious bias that comes through in reporting,” says Kathy.

Khadija says “despite the challenges faced due to the pandemic, there always will be a need and necessity for independent news media, especially in this decade”. Her words are encouraging for women who are looking to follow in her footsteps and tap into media as there is still plenty of room for the industry to grow despite the new normal.

Follow us on Twitter throughout women’s month to read more about women from our cohort that are making waves in the media industry.